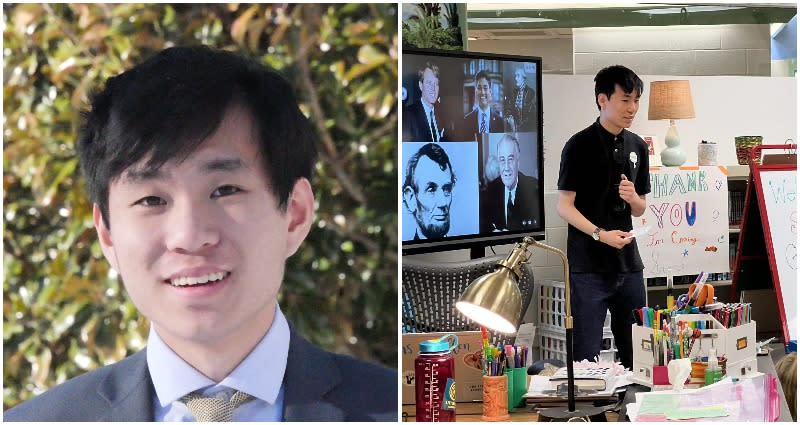 Sam Cao, a senior at Mason High School in Ohio, is running to be the nation’s youngest legislator in history at 17 years old.

If elected, Cao would serve as the District 56 representative in the Ohio House of Representatives, a position that has been held by Rep. Paul Zeltwanger (R, OH-54) since 2015.

Cao is eligible on the ballot as he will be 18 years old by the general election as the Ohio Constitution requires.

In an interview with NextShark, he shares details about his grassroots campaign and why he is running on a platform of “urgency” and “sustainability.”

More from NextShark: Indian parents sue their son demanding he either give them a grandchild or pay $ 675,000 compensation

“People always focus on presidential elections [but] State House races are just as important, ”he says. “I think there is no better time than to step in right now. Because if we just wait our turn, eight, 10 years down the line, we’re going to have our democracy succumb to fascism, and we’re not going to have a future. “

More from NextShark: Taiwanese American Doctor Now Lives in His Garage To Protect His Family from COVID-19

Cao assures that his age is a strength, citing anti-Asian hate, fascism and the prospect of not having a future as his motivations for running in this cycle.

“We need people from future generations that will have to bear this problem for decades to come to step in now,” he says. “And realize that we have to make change, we cannot allow the same people of status quo to stay in power, wait for them to make the change, because they have failed us. And quite frankly, I’ve had enough of it. And so what better than that, you know, join in and just fight the problem yourself. ”

Cao is not in the fight alone. He describes the “very positive” response of his community, saying, “I [have] a really great community and our community here in Mason, Ohio – humble Mason, Ohio – we like to support each other and we’re always there for each other. ”

“I think everyone’s just been so excited by the prospects, not just of the fact that the youngest person right now to ever run in Ohio history is in our district, but we actually have a change candidate, and someone who can lead the way for more campaigns to come, ”he adds.

Although he is young compared to other candidates, Cao notes that his age offers him a “unique perspective” and that age should not deter young people from getting involved in politics.

“If the government affects everyone, including young people, shouldn’t their voices be represented in government too because the laws are going to affect us? If we don’t have any input, it’s just like taxation without representation. Or, you know, this is not a true democracy. ”

For the majority of people who will never run for public office, Cao describes his experience as “surreal, definitely surreal.”

“Every single day I wake up, the first thing I do is pinch myself because it [feels] like a dream sometimes. And just the amount of attention and traction that our campaign has gotten and the amount of people that we have inspired… we have people every day sending us emails or coming up to us on the streets saying, ‘Oh hey, we saw you on TV ‘or’ We saw your local article. ‘”

Cao also shares that one of the best moments of his campaign happened during his visit to an elementary school, where young students ended up feeling “very inspired” by the fact that “you don’t have to be in your early 30s or late 20s to start bringing about change, you can start now. ”

Within the first two months of his campaign, Cao accumulated up to 12,000 new Twitter followers. Even now, his social media presence is growing by 2,000 followers a week.

The Ohio House of Representatives primaries – not to be confused with the Congressional races – will be held on August 2, and early voting will begin on July 6.

Cao plans to continue his pursuit of higher education regardless of the outcome of the election.

You can learn more about Cao and his campaign on his website here.

Note: Due to Ohio’s redistricting, what was formerly District 54 (represented by Zeltwanger) will now be District 56.