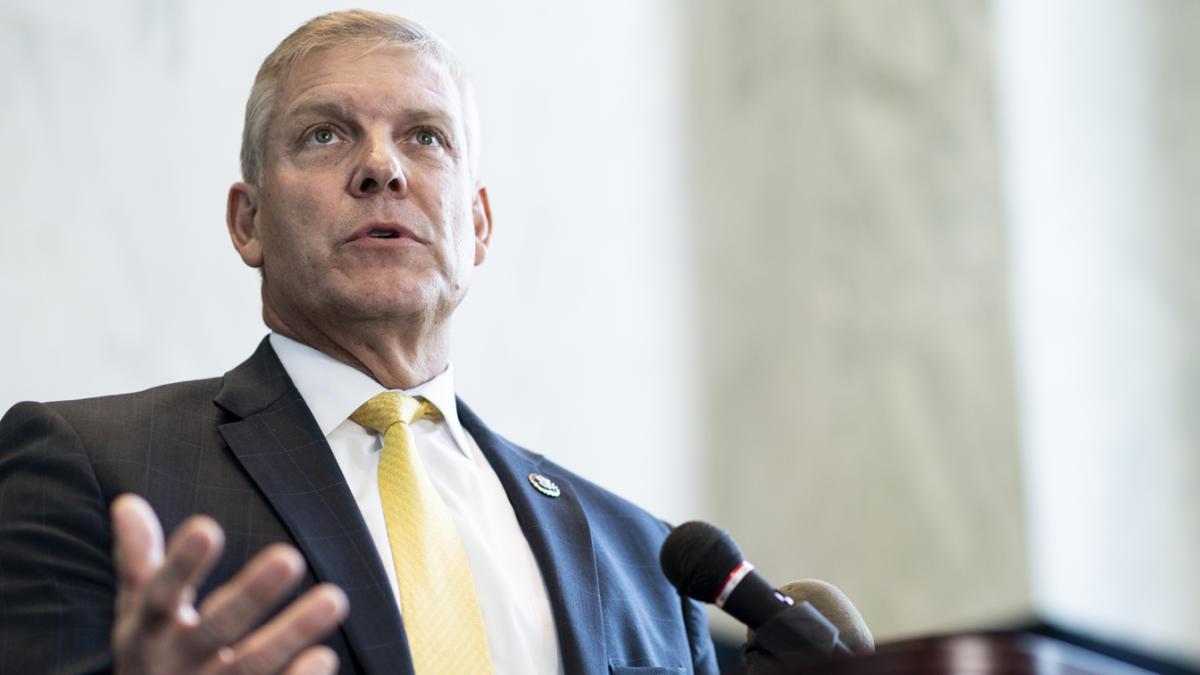 The select panel investigating the events of Jan. 6 released new details of a Capitol tour given by Rep. Barry Loudermilk, R-Ga., One day before the building was attacked by a mob of Trump supporters.

In a letter to Loudermilk published Wednesday, the committee said that some of the individuals who were on the ice tour by the congressman on Jan. 5, 2021, attended then-President Donald Trump’s rally the following day and then marched toward the Capitol.

In a video obtained by investigators, one of the men from Loudermilk’s tour can be heard in a Facebook stream making threats against House Speaker Nancy Pelosi, then-Senate Minority Leader Chuck Schumer and Reps. Jerry Nadler and Alexandria Ocasio-Cortez of New York.

“We’re coming for you,” said the man standing near the Capitol grounds. “We’re coming in like white on rice for Pelosi, Nadler, Schumer, even you, AOC. We’re coming to take you out and pull you out by your hairs. ”

The committee provided security footage of Loudermilk and his guests, noting that some people “on the tour photographed and recorded areas of the complex not typically of interest to tourists, including hallways, staircases, and security checkpoints.” One person who took a photo of a staircase on Jan. 5, the committee said, was later seen on Jan. 6 filming “a companion with a flagpole appearing to have a sharpened end who spoke to the camera saying,‘ It’s for a certain person, ’while making an aggressive jabbing motion.

“… The behavior of these individuals during the January 5, 2021 tour raises concerns about their activity and intent while inside the Capitol complex,” the committee wrote.

The investigators had originally reached out to Loudermilk in May. In Wednesday’s letter, they wrote, “While we had hoped to show you the video evidence when you met with us, and since you have thus far declined, the Select Committee provides the video in question for your review.”

But on Tuesday, Capitol Police announced that there was nothing suspicious about the tour.

“There is no evidence that Representative Loudermilk entered the US Capitol with this group on January 5, 2021,” Capitol Police Chief Tom Manger wrote in a letter to Rep. Rodney Davis, the top Republican on the House Administration Committee. “We train our officers on being alert for people conducting surveillance or reconnaissance, and we do not consider any of the activities we observed as suspicious.”

Loudermilk’s story on the Jan. 5 tour group has evolved in recent weeks, including tweeting Tuesday, “I never gave a tour of the Capitol on Jan 5, 2021.” In a May 19 statement, his office said he was with a “constituent family with young children.” On May 20, he issued a video statement in which he said, “I took a family with young children and their guests who were visiting Washington to lunch at a cafeteria in one of the House office buildings,” adding, “There was nothing unusual or nefarious about this family’s visit to see their congressman. ”

Manger’s letter said that it was actually “a group of approximately 12 people which later grew to 15 people.”

Audio of a Jan. 6, 2021, radio interview Loudermilk did with WBHF in Cartersville, Ga., Obtained by the Daily Dot and published in May, said he had met with “about a dozen people” who were “supporters of the president.”

“We actually had about a dozen people up here that wanted to come and visit, we had them in our office, they were definitely peaceful people, people that we met at church,” Loudermilk said. “They were supporters of the president, they just wanted to be up here as if it were another rally.”

The select committee’s probe has raised questions about the role other Republican lawmakers played in the insurrection as well. During a primetime public hearing last week, the panel’s vice chair, Rep. Liz Cheney, R-Wyo., Revealed that the committee has obtained evidence that, in the wake of Jan. 6, “multiple” Republican members of Congress, including Rep. Scott Perry, R-Pa., Pursued pardons from Trump.

The revelation prompted Ocasio-Cortez to call on her Republican colleagues to disclose whether they requested presidential pardons.

“When you don’t know which of your colleagues were part of a potential conspiracy, then we need to find out,” Ocasio-Cortez said Monday on CNN. “And, frankly, from a lot of the behavior that we have seen, both in committee inside the workings of the House, I believe that every member of Congress should be able to answer that question.”

Laudermilk is not the only Republican lawmaker from whom House investigators have requested information relating to the Capitol attack. On May 12, the select committee announced that it had subpoenaed five members of Congress who had previously declined invitations to appear voluntarily before the panel.

The committee said it has reason to believe that the Republican representatives – House Minority Leader Kevin McCarthy, Scott Perry, Jim Jordan, Andy Biggs and Mo Brooks – “have relevant knowledge of the events on or leading up to January 6th and activities related to the transfer of power. ”

The rioters got within two doors of Vice President Mike Pence’s office. See how in this 3D explainer from Yahoo Immersive.