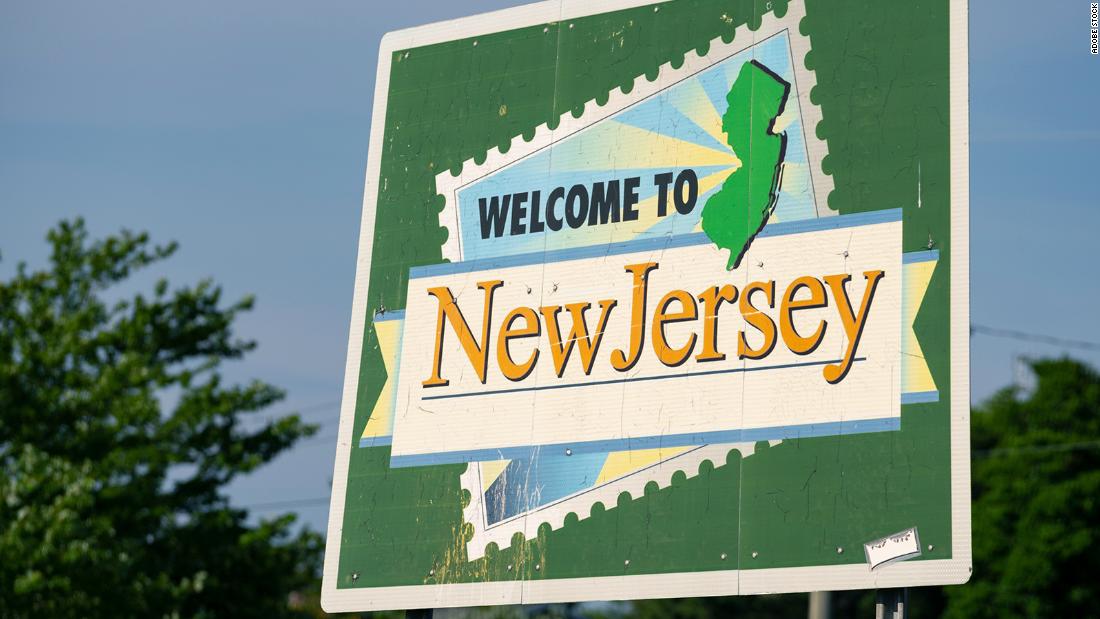 In April, the Democratic National Committee announced it was scrapping the decades-old tradition that saw four states – Iowa, New Hampshire, Nevada and South Carolina – lead off the quadrennial election balloting to choose the party’s presidential candidate.

That’s bad news for Iowa, which is one of the least diverse states with a population more than 90% white and which kicks off its presidential voting season every four years by holding caucuses rather than primaries.
On Saturday, a DNC official told CNN that the list had been whittled down to 16 states plus Puerto Rico to be chosen as one of the first five primaries after New York and Nebraska were dropped from consideration. The remaining contenders are a diverse bunch, with states as varied as Washington, Texas and Maryland.

But there is one state still in the running that is a no-brainer for the nation’s first primary: New Jersey. (Stop laughing.)

My home state is the perfect place for a variety of reasons. First, do you want to see if a candidate has a sufficiently thick skin to endure a presidential run? Jersey is the state where the expression “What are you looking at?” is considered a warm welcome. And wouldn’t you like to see how the candidates respond to New Jersey homeowners yelling at them to “Get off my lawn”? Not that folks aren’t friendly in Jersey, but use the sidewalk and don’t step on our lawns.

A “Jersey first” primary would also mean waving goodbye to rallies in Iowa’s cornfields and instead saying hello to campaign stops at the beautiful Jon Bon Jovi rest area off the Garden State Parkway. (Yes, it’s real. It was renamed that in late 2021.)
It would also give candidates a chance to hold events at places made famous in TV shows and movies, among them landmarks from “The Sopranos,” including the club that was Bada Bing in North Jersey.
What would our nation be without the scores of remarkable people born in the Garden State? Among them are Frank Sinatra, Meryl Streep, Shaquille O’Neal, Bruce Springsteen, Queen Latifah, Danny DeVito, Jack Nicholson, Ice-T, Joe Pesci – the list goes on and on. You’re welcome. Now give us the primary.
In all seriousness, the state fits one of the DNC’s key goals: ensuring that early primary states look like the United States. New Jersey’s population of nearly 9.3 million people truly reflects our country’s diversity.
The 2020 census found nationwide that Whites are about 61.6% of the population, Blacks 12.4%, Hispanics 18.7% and Asian Americans 6%. Look at Jersey’s 2020 census numbers – Whites 55%, Blacks 13.1%, Hispanics 21.6% and Asian Americans 10%. Those numbers reflect America, meaning they will force candidates to address the concerns of various communities.

Plus, Jersey is made up of diverse locales, from farm country in the south to big cities such as Newark and Jersey City in the north to the suburbs of New York City and Philadelphia. Candidates will have to address a wide range of issues.

And given Jersey’s famous beaches, these presidential hopefuls will be forced to talk about the impact of climate change after recent hurricanes led to severe beach erosion.
New Jersey’s economic diversity would also give candidates a chance to address the needs of a cross section of businesses from mom-and-pop stores to big industrial concerns to the large retailers found in shopping malls that dot the state. A large number of Fortune 500 companies, such as Johnson & Johnson and Prudential Financial, also call New Jersey home.
For candidates to win the support of Jersey voters, they would have to navigate not just national issues but local ones as well. These would include what to call the state’s answer to Canadian bacon: Taylor ham or Pork roll?

If the candidate is in North Jersey, he or she better say, “Taylor ham,” or expect, in one fell swoop, to lose enough voters to fill a shopping mall. And they’ll also have to know how to pander to Jerseyites: I’m betting that more than one candidate would offer to put Springsteen in his or her administration.

I hate to go negative, but a cursory look at some of the other East Coast states still in competition, such as Delaware, lets me know that Jersey doesn’t have much to worry about. Sure, there are nice people there, and it’s President Joe Biden’s home state. But somehow, Delaware is just not a place where you would hold a presidential primary. It’s more of a place you are forced to stop if you get a flat tire on the way to New Jersey.

One other big selling point for New Jersey has to do with media access. The presidential candidates will be able to hop over to television studios in neighboring New York – perhaps the world’s largest media market – and that will allow them to get their message out easily to the entire nation. And there are no media in the country more cutthroat than in New York City, ensuring intense scrutiny of each contender and a vetting process that will guarantee the Democratic Party ends up with the strongest general election candidate.

The panel charged with overseeing the process is expected to make its recommendations to the full DNC by the end of summer. Let me make this easy for the DNC: Pick New Jersey, and no one gets hurt. (OK, just kidding about the hurt part.) But if the DNC really thinks another state is better than Jersey, all I can say is, “Fuhgeddaboutit.”