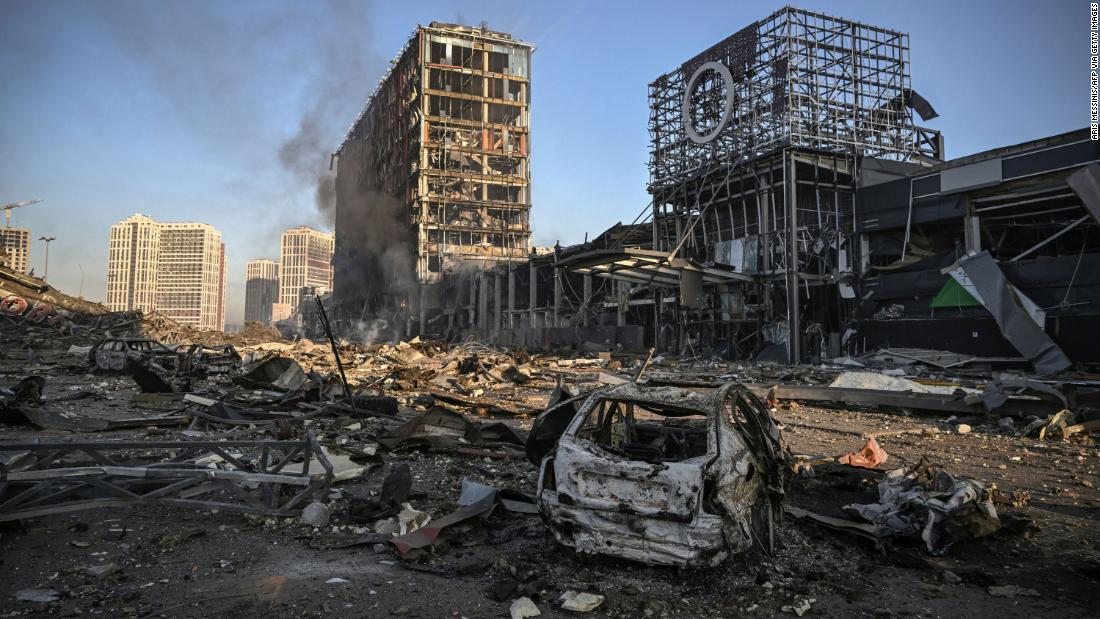 This was mid-March. From the first day of Russia’s invasion of Ukraine, I had moved to stay with my parents in the northern part of Kyiv. Now, I was leaving them behind, relocating to Ternopil Oblast in the west in search of safety.

We had spent a little over a week together, explosions going off non-stop around us, mostly far away, but still scary. There was also fighting in the nearby yards.

With all this happening outside my window, I could barely concentrate on my work. But my parents didn’t want to go. Leaving their home scared them more than staying in a city under attack.

It was thought that we might never be able to come back that was the most devastating – to all of us. But I couldn’t stay.

Just a few months before the war, I took on the job of managing a media start-up, The Kyiv Independent, a new English-language news publication that has now become the voice of Ukraine’s resistance, as described by Le Monde.

It was a challenge before the war – but now it was on me to secure funding, make relevant partnerships and allocate budgets for the team of courageous reporters working on the frontline and delivering information about the war on Ukraine to the rest of the world.

This was my frontline. And If I stayed in Kyiv my mind would have kept going in circles between the explosions and scrolling endless news feeds.

I’ve had it easy. I left for one-and-a-half months and came back home. My apartment is still standing, my family is alive and well. But the pain of leaving my parents behind, not knowing if I will ever see them again, was excruciating. This is my own trauma that may never fully heal.

Though my story is unique, my pain isn’t. Many of my colleagues at The Kyiv Independent were going through hell to evacuate their loved ones from Bucha, Kyiv’s satellite town occupied by Russians, taking their kids to safety or watching their hometowns destroyed by missiles.

As were millions of other Ukrainians. According to the United Nations Refugee Agency (UNHCR), over 14 million Ukrainians have fled their homes since the war began.

You might never hear their stories, as they are not dramatic enough to make the front pages of most publications. Our job, as media professionals, is to give you access to the truth of what’s going on in our country. We have to be selective and our stories have to be powerful, so your time is not wasted. But as war fatigue sets in, keeping your attention becomes a struggle.

Now, you might see rare pictures of festive Lviv or a Kyiv traffic jam and think that life in those parts of the country is returning to normal. And yes, there is life. We are fighting tooth-and-nail for life to go on in our cities. But it is not the life we ​​had. Not the life that has been taken away from us.

Here’s what we would normally be doing now. As spring would arrive in Kyiv and chestnut trees start blooming, my friends and I would take long strolls after busy days in our media start-ups, IT companies and NGOs.

We would sit at the cafe terraces enjoying Ukrainian craft wine. We’ve had a lot of small local wineries and brands appearing in recent years. We’d discuss our various love life dramas or promotions, go on Tinder dates, or listen to street musicians. We’d run marathons and work out in the parks to get in shape for the summer.

These are familiar scenes from ordinary life in Ukraine’s capital. We don’t do this anymore.

Three days after I returned to Kyiv – which seemed safe after three or four weeks without any combat or strikes – a missile hit a residential building and people were killed.

The next day I took my dog ​​for a walk during an air strike alert. I was trying to wait it out, but it went on for hours and I had to walk my dog ​​before the curfew. I knew it was a risk and I still did it. These are the choices we now have to make every day. This is our life now.

At a media conference I recently attended in Italy, the moderator of a panel on Ukraine’s war, a renowned journalist herself, said she didn’t know how to explain the importance of this war to foreign audiences. I felt outraged. To me it was so simple – but apparently it is not so simple after all.

It might be hard to relate to the horrors of Mariupol, Ukraine’s southern city under siege for months, where human bodies are lying in the streets and where there is no water, food or medical supplies left. But perhaps you can relate to Kyiv.

We still go shopping or have coffee in a hipster place downtown, though the only thing we can think about is whether we will live or die from a Russian missile in the near future or whether we’ll have a home to come back to after a business trip. Or simply whether there is a future for us here at all.

This war was waged on my country because a neighboring state felt threatened with the democratic path we chose and convinced its 140 million people that we shouldn’t exist. For far too long the West turned a blind eye to Russia’s military aggression – in Georgia, Syria, Crimea and Eastern Ukraine – until an attempted full-on invasion of Ukraine in 2022 at a scale impossible to ignore. And it mustn’t look away now.

Our lives were disrupted forever, regardless of the final outcome. And this can happen to you. You might not starve to death in your own home, be raped in front of your 5-year-old or tortured in the basement. Even though this happened to Ukrainians. But you could be put in the limbo between life and death.

Now that the eyes of the world’s richest and most powerful nations are on this war, we cannot afford to let you look away.

Ukrainians will keep fighting – only if it is without the world’s attention, our victory will come at a much higher price. But you must keep talking about this war not just for us, but for your own sake. This war is not just about Ukraine, it is about the future of the free world.

People can get used to anything. I did. Less than two months ago, I cried for two days before being even able to make a decision to leave my parents. I decided much faster now. Soon I’ll be leaving again for a lengthy business trip abroad. I joke with my parents, promising to come back bearing gifts.

But aside from some candy and a fridge magnet, the gifts I am really hoping to bring back are some resources so that we could keep up the good fight on the information front and a reassurance that the democratic world is ready to fight alongside Ukrainians.