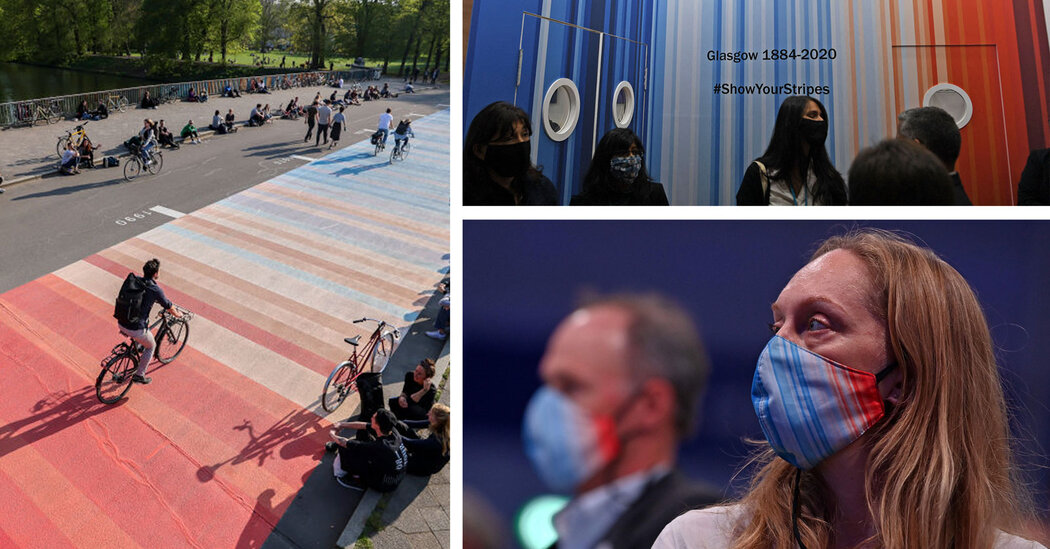 June 21 is Show Your Stripes Day.

Stripes, as in warming stripes, a popular way to visualize global warming trends over the last 150 years.

You’ll find warming stripes on face masks (see my Twitter profile), on scarves (Blackrock’s chief executive Larry Fink wore one around his neck at Davos a couple of years ago), on buildings (the Scottish power company beamed them onto the stack of a coal-fired power plant that was about to be scrapped) , a bridge in Leipzig, Germany, a rock band album cover.

Each stripe represents the average temperature for a year. There are stripes available for every country in the world, based on average annual temperatures for that country, as well as for every state in the United States. In most cases, you’ll see the stripes change from blue to red.

Where did these stripes come from? How did they become so ubiquitous?

I posed the question in January to Ed Hawkins, a climate scientist at the University of Reading in England who is credited with bringing the stripes out into the open. The story that unraveled is an object lesson in how human creativity can spread.

Hawkins got the idea when, in June 2017, he saw a baby blanket crocheted by a university colleague, Ellie Highwood. She had used global average temperature data from 1916 to 2016 and whatever color yarn she had on hand. It was a gift for a child of climate scientist friends.

She called it a global warming blanket. “Find it hard trying to figure out color combinations so went geeky!” she wrote on Twitter.

Her tweet took off. So, Highwood followed up with a blog post about it. Hawkins made a graphic for her post, using what Highwood called more display-friendly colors. It starts with purple to represent global temperatures in the mid-19th century, moves to pink to orange to marigold yellow by the end of the 21st century.

“The blanket was made with love for a friend’s baby,” Highwood told me this week. “It was never intended as an invention for a climate communication graphic.”

It’s turned out to be arguably the most effective climate communication graphic.

“I’m really glad Ed has imagined how they can be used in a much bigger way than I ever thought about,” she said.

And so it was a little wonder that another scientist-crocheter, across the Atlantic Ocean, got a similar idea. In November, 2015, Joan Sheldon made what she called a “globally warm scarf.” She wanted 400 rows for her scarf. So she used 400 years of average annual temperatures: blues for cooler-than-normal, reds for warmer-than-normal, and purple for normal because, “as you will learn if you visit this blog much, I like purple !,” she wrote.

This is where the story gets a bit gnarly. Sheldon, who studies estuaries at the University of Georgia, said she learned of Hawkins’s warming stripes in 2018, reached out with a comment on a blog and never heard back. “I believed that he probably came up with it independently after I did, and people popularized his version because he’s better known in the meteorology and climate science community,” she wrote in an email this week. For a while, she said she felt “discouraged.”

Hawkins said he found about it only last month, when Sheldon sent an email.

The first time Hawkins used warming stripes was at a talk at the Hay Literary Festival, in 2018. He said he wanted to communicate the reality of warming with an audience that wasn’t coming for science. Then he put it online.

He tweaked the purple-to-yellow palette he had used for Highwood’s blog. In its current version, the 1850s start with mostly deep blue stripes, punctuated by the occasional pale blue, signifying a year warmer than average. You get more pale blues midway through the image, then golden, then red. “It just seemed more intuitive to use people’s perceptions that blue is cold and red is hot,” he said.

An American meteorologist, Jeff Berardelli, saw the stripes online in 2018 and urged fellow meteorologists to use it on the summer solstice, June 21. The next year, the #ShowYourStripes hashtag was born. In 2021, Hawkins was invited to London fashion week, where Lucy Tammam featured the stripes on a few dresses. He says he had never imagined attending a fashion show.

“It’s great to see people take this symbol and be so creative with it,” he said. “A lot of our conversations happen in our groups, in our tribes, if you will. The more conversations we start in different groups, the better. The stripes can help. ”

The baby for whom Highwood made the blanket is now 5. Her mother, Jennifer Catto, a climate scientist at Exeter University, posted a picture on Twitter.

You’ll notice that the stripes take a sharp turn toward the yellows, and then reds, starting in the late 1970s, reflect the significant rise in global average temperatures. Last year was a dark red. How dark the stripes get by the end of this century depends on whether the world as a whole keeps pumping more greenhouse gas emissions into the atmosphere.

That is to say, the color scheme depends entirely on us. And yes, that requires creativity.

“Our choices determine what happens next,” Hawkins said.

Essential news from The Times

More resilient polar bears: New research suggests that small groups of animals might survive for longer as the Arctic warms.

95 tons of methane per hour: Researchers using satellite measurements to gauge emissions of planet-warming gas said a mine in Russia was the “biggest source we’ve ever seen.”

Activist arrested: The prosecution of Vietnam’s most prominent environmental activist, as well as others, has cast doubt on the country’s commitment to cut coal.

Flooding at Yellowstone: Record rainfall and mudslides at the national park forced thousands of visitors to evacuate the area. Extreme weather is affecting other parks, too.

Grand master trash: The artist Duke Riley transforms seaborne plastic into works of art to denounce its environmental impact. Yes, buffer applicators are in there.

From outside The Times

Before you go: Sleepless summer nights

Many people struggle to sleep well during the summer. Hotter, longer days make it harder for our bodies to slow down, as Rachel Rabkin Peachman, a reporter for the Ask Well section, explains. And the world, as you know, is getting hotter. But she has tips to make it better, such as making it a point to dim the lights an hour or two before going to bed and cooling down your bedroom. More advice here.

Thanks for reading. We’ll be back on Tuesday.

Reach us at climateforward@nytimes.com. We read every message, and reply to many! 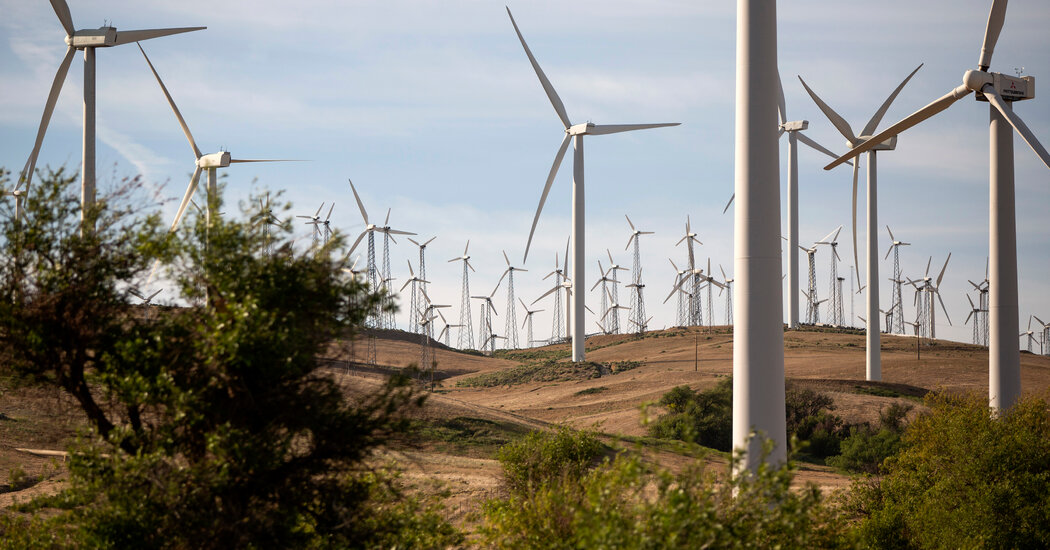 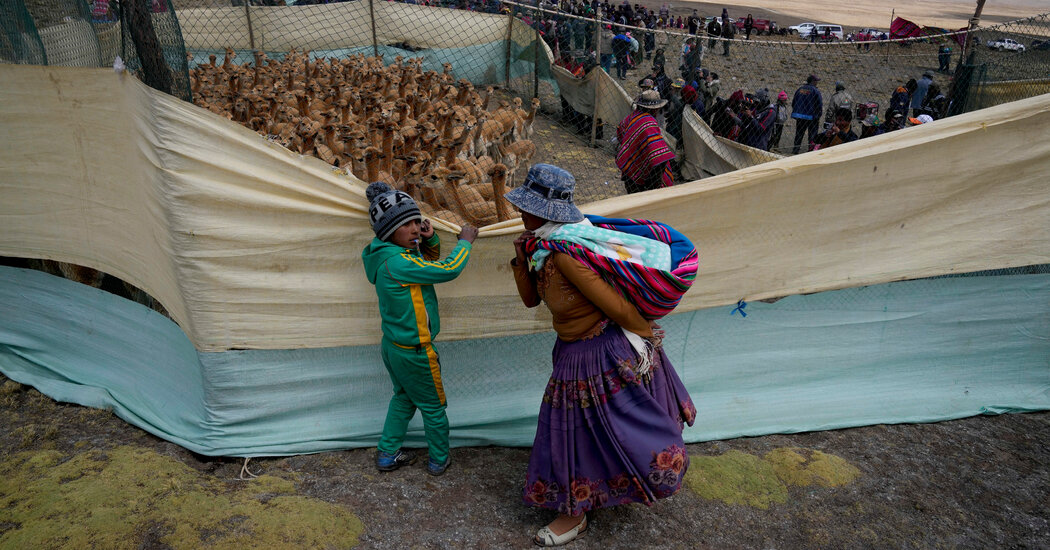 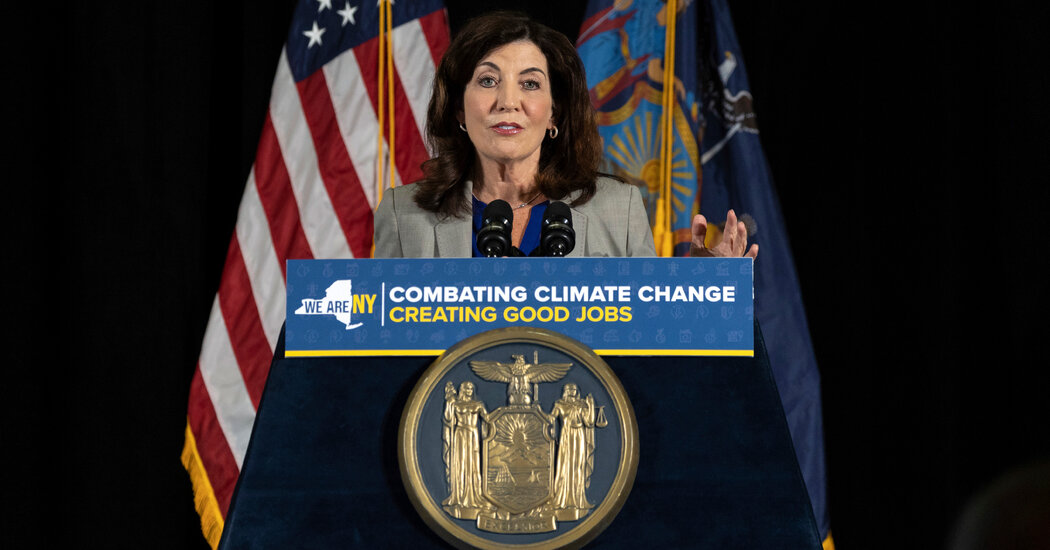