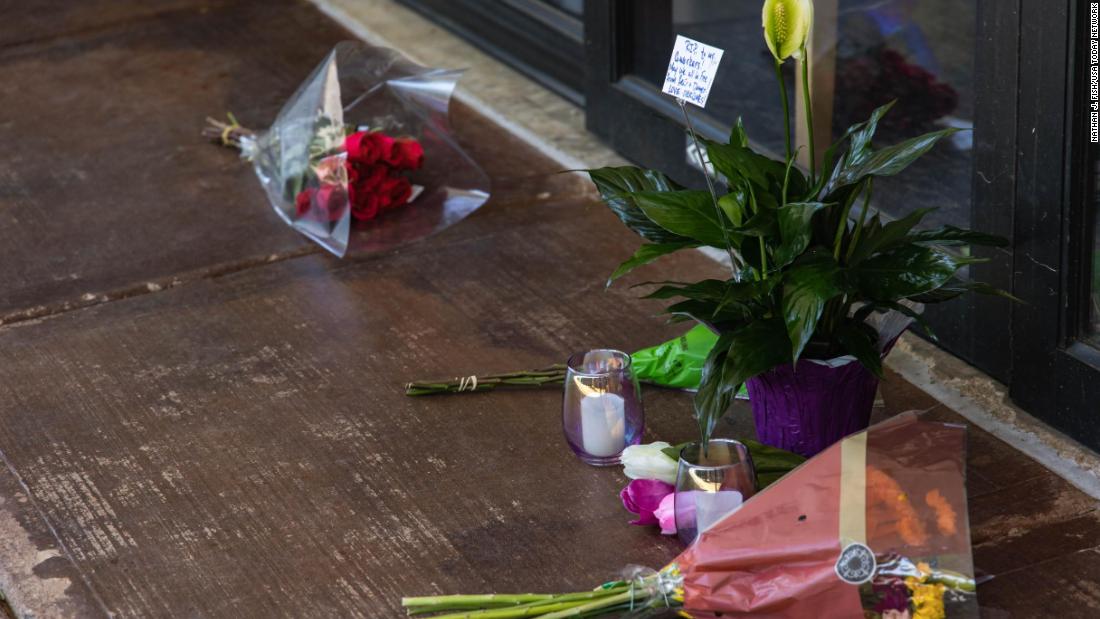 About three hours earlier, Michael Louis had purchased an AR-15-style rifle, and he used the weapon to unleash a horrifying attack at Tulsa’s Saint Francis Hospital – killing four people before turning the weapon on himself.

Witnesses described the explosion of panic and terror as the shooting unfolded just after 4:50 pm local time.

“Police were everywhere in the parking lot, up and down the surrounding blocks,” said Debra Proctor, who was in another building on the campus for an appointment when she heard the sirens.

“I just knew it was a shooting situation because I saw police running with rifles,” Davis told CNN. “That’s when I got emotional.”

The mass shooting is among the latest instances nationwide of first responders and civilians coming face-to-face with the threat of gun violence in public places. It comes more than two weeks after a racist assault at a supermarket in Buffalo, New York, and a bloody attack at a church in California. Nine days ago, there was a heartbreaking massacre at an elementary school in Uvalde, Texas.

Lachelle Nathan, who was visiting the Tulsa facility with her daughter-in-law and grandchildren for a doctor’s appointment, expressed concern about the lack of safety after being so close to another mass shooting.

“It’s awful; it’s sad. My daughter-in-law is from Buffalo, so now it’s so close to home. It’s not even safe if you come outside anymore, you know?” Nathan told CNN affiliate KTUL.

Her daughter-in-law echoed those fearful sentiments.

“You can’t even go to a store. You can’t even go to school. Now, you can’t go to the doctor?” she said. “You see it on TV, but you don’t think it’s actually going to happen right in front of your eyes. So this is a wake-up call for my kids, this can really happen anywhere, and it’s very scary.”

The shooter targeted a doctor who had treated him

The shooter intended to kill a doctor who had performed back surgery on him on May 19 because he was experiencing pain following the procedure, Tulsa police chief Wendell Franklin said Thursday during a news conference.

Louis was released from the hospital on May 24 and afterward contacted his surgeon, Dr. Preston Phillips, to complain about the pain, Franklin said. And on May 31, Louis saw the surgeon for further treatment, police said.

On Wednesday, the day of the attack, Louis called the surgeon again and asked for help. At around 2 pm, Louis legally bought an AR-15-style rifle, police said.

Just after 4:50 pm Wednesday, police received the first 911 call of an active shooter in the facility.

Louis shot Phillips along with three other people he encountered, officials said.

Police believe the last gunshot was fire around 4:58 pm

“As officers were calling out ‘Tulsa police’ and advancing toward a suspect location, they heard a gunshot. We believe it was the final gunshot with the suspect taking his own life,” Franklin said.

Louis had a letter in his possession that “made it clear that he came in with the intent to kill Dr. Phillips and anyone who got in his way,” Franklin said.

“He blamed Dr. Phillips for the ongoing pain following the surgery,” Franklin said, adding the letter shows the “clear motive.”

What we know about the victims

The other victims – Dr. Stephanie Husen, receptionist Amanda Glenn and patient William Love – just happened to be in the shooter’s way when he attempted to kill the surgeon, Franklin said.

Phillips was “a wonderful, gentle, kind person with an infectious smile and kind word for everyone,” Sandy Thompson told CNN.

Thompson, who met Phillips at their local tennis club, has known the 59-year-old surgeon for about five years and had just seen him last month.

“He made the world a better place and Preston’s presence will be deeply missed,” Thompson said.

Husen, 48, a doctor of osteopathic medicine, earned her undergraduate degree at the University of Oklahoma, where she was a member of the Chi Omega Sorority.

“Our hearts are with the family and loved ones who lost such an incredible woman. She was known and loved by so many and will always be remembered,” the chapter wrote on social media.

Love, 73, was a patient at the Warren Clinic, and police said he died protecting his wife, Deborah. The couple would have celebrated their 55th wedding anniversary in August, police said.

Glenn, 40, was a receptionist at the clinic.

She was also the mother of two boys, her friend Amy Pennington told CNN, adding: “She was a hard worker, kind of soul, and would do anything for you.”